Initially, the society’s strategy is to pilot regional engagement in Washington, DC, Maryland and Virginia (referred to as the DMV), because our community will travel with the opportunity to meet, network and engage with each other, regardless of class years.

The OSUBAS engagement of Black alumni in the DC area began in 2014 with partnerships with VA Tech Black Alumni and the University of Maryland Black Alumni Tailgates/Game Watches.  OSUBAS also partnered with the OSUDC Club on the Penn State game watch and the RACE movie screening. Each of the gatherings brought more Black Alumni from around the DMV and an increased level of engagement among our alumni.  These gatherings have been attended by graduates of all decades and have afforded the Society the opportunity to brand, educate and engage.

On June 4th the OSUBAS hosted 40 Alumni from the DMV area at a venue owned by an Ohio State alumnus in the area.  At this event, we hosted Tinae Bluitt, who is in DC for the summer as part of the John Glenn College of Public Affairs, Washington Academic Internship Program and Tigi Habtemariam, OSUAA Regional Engagement Officer for East/Midwest.  The presence of these two guests and to see the number of Black Alumni come together was very well received.  For alumni to be able to engage with a current student and with a representative from the alumni association definitely gave the event an added value. When a society attempts to engage in a regional event its key to have local volunteers!  But someone from the society leadership has to be a point person in all regional events to make sure compliance is occurring and the society is represented well.  The regional events also provide a platform to discuss what is occurring on campus and to pre-promote events. It also affords the society the opportunity to share ways for alumni to stay informed, such as the OSUBAS website and our other social media platforms such as LinkedIn, Facebook and Twitter. 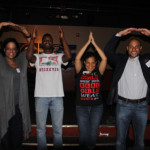 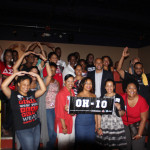 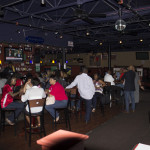 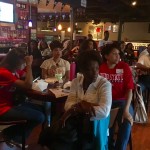 This event sparked conversations for more informal gatherings, both professional and family oriented. At this event I was able to announce our upcoming reunion, our annual student speed networking event and the special homecoming opener hosted by the Hale Black Cultural Center for students and alumni.  In addition, the University of Maryland Black Alumni have already invited OSUBAS for a tailgate in November and both groups will join together to add a “family” event the next day – a tour of the new Smithsonian Institute African American Museum.

The OSUBAS is open to partnerships and understands the importance of diversity and inclusion in alumni engagement efforts, including OSUAA events, clubs and other societies.