Dr. Frank W. Hale, Jr. – 1927 – 2011
Dr. Hale was Vice Provost for Diversity and Inclusion and Professor Emeritus at The Ohio State University where he served from 1971 to 1988. A native of Kansas City, Missouri, Dr. Hale completed elementary and secondary schools in Topeka, Kansas and graduated from Topeka High School. Dr. Hale was awarded a B.A. and M.A. in Communication, Political Science, and English in 1950 from the University of Nebraska and his Ph.D. in Communication and Political Science from The Ohio State University in 1955. Read more. 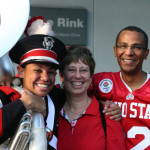 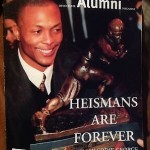 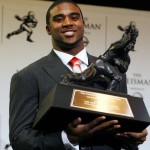 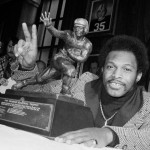 Dr. Bowen was honored with the Bronze Star and the Legion of Merit in 1971 for her work to set up drug treatment centers, and her efforts to lessen racial conflicts during the Vietnam War. She was awarded the Meritorious Service Medal in 1974.

To ensure that today’s young people have similar opportunities, Bowen established the Clotilde Dent Bowen M.D. Endowed Scholarship Fund for the College of Medicine in 2010 to support students with financial need who share Bowen’s passion to help others through medicine. Robert Henry Lawrence, Jr., was the first African American selected to be an astronaut.

Born in Chicago, Illinois on October 2, 1935, Robert Henry Lawrence, Jr. graduated from Englewood High School in Chicago in the top 10 percent of his class. In 1956 he graduated from Bradley University with a B.A. in Chemistry. While in college he enlisted in the Reserve Officers’ Training Corps (ROTC) and distinguished himself, receiving the commission of Second Lieutenant in the Air Force Reserve Program.  While still in the Air Force, Lawrence earned a Ph.D. in Chemistry from Ohio State University in 1965.